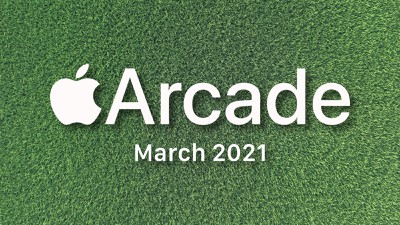 SP!NG was the first new game to arrive on ‌Apple Arcade‌ this month, offering a simple one-touch game based on avoidance.

SP!NG comes from SMG Studios, developer of the ‌Apple Arcade‌ Game “No Way Home.” SP!NG encourages players to swing through levels to collect jewels and aim for a perfect score. Each level involves a start and end port with anchor points to spin around in order to reach the destination.

Welcome to Cozy Grove, a life-sim game about camping on a haunted, ever-changing island. As a Spirit Scout, you’ll wander the island’s forest each day, finding new hidden secrets and helping soothe the local ghosts. With a little time and a lot of crafting, you’ll bring color and joy back to Cozy Grove!

With a relaxing soundtrack, a hand-drawn aesthetic, and landscapes that come alive when helping a spirit in need, Cozy Grove aims to provide a comforting and unique atmosphere.

The game features dozens of characters in an extensive and unusual story that is able to last for many hours of gameplay. Players can collect spirit animals, craft decorations, go fishing, and more.

HitchHiker is a road-trip mystery adventure game about exploring the unknown in order to find yourself. Set along lost highways, players need to solve the puzzle of their own backstory.

As a hitchhiker with no memory or destination, you catch a series of rides across a strange and beautiful landscape, tracking the mysterious disappearance of a person close to you. Your drivers range from stoic farmers to off-duty waitresses, and each one has a story to tell. Clues appear, alliances emerge, and nothing is quite what it seems.

As the player’s journey progresses, they must decode the events of the past while confronting the dangers that lie ahead.

HitchHiker spans a “strange and beautiful landscape” in five rides with five strangers, each providing new insights on the mystery of the protagonist’s mysterious backstory. The game features environment-based puzzles and interaction choices that can reveal new secrets.

Farm It! involves mini-games, such as animal farming or fishing, to get resources to build and decorate a farm.

Players can sell their collected resources to customize their character and decorate different rooms in their farm-house. Accompanied by an animal friend, players take part in a wide range of farming activities such as selecting seeds and harvesting crops.

There are two new games slated to arrive on ‌Apple Arcade‌ soon in the role-playing and adventure genres.

“Fantasian” comes from the makers of the popular video game series “Final Fantasy,” and is set against a backdrop made from over 150 handmade dioramas that blend physical environments with 3D characters. Players assume the role of “Leo,” who awakens to find himself lost in a strange land with only one remaining memory.

“Wonderbox” is an action-adventure multiplayer game. Players can engage in pre-set adventures filled with challenges, enemies, puzzles, and platforms, or construct their own in Creator Mode. The game revolves around “boxes” used to form a deep chain of interconnected environments.

SP!NG, Cozy Grove, HitchHiker, and Farm It! are available on the App Store now. Keep an eye out throughout April for more new games.

‌Apple Arcade‌ is priced at $4.99 per month with a one-month free trial available to test it out. Apple also has a one-year subscription option available for $49.99 per year, a savings of $9.89 over the monthly price, and it is also available as part of all tiers of Apple One, starting at $14.95 per month.

It’s Never Been Easier to Make an Adventure Game

Online Fashion on the App Store

Just in time for the HBO Apple TV Channel to shutdown, HBO Max no longer supports logging in through your Apple ID, and it may have potentially deleted your HBO Max account along with it. : appletv